“Starting a business is frightening enough,” Katie says. “Starting one in an exceptionally elite, highly cultured city in a foreign country is completely terrifying.” Yet that’s exactly what she found herself doing in Oxford, England, in September of 2013.

That summer had been a flurry of activity. Katie spent hours at her pottery wheel creating pieces to stock her new shop. She worked with her husband Micah to create the perfect displays for her pieces. Micah walked every street in their area of Oxford, slipping invitations to the grand opening into letterboxes.

And now the day had arrived. The pottery sat on the shelves. The front window display was complete. The refreshments were ready. At six o’clock sharp, Micah and Katie opened the shop door—and people began streaming in.

A Propensity to Create

Katie grew up creating things. “I think that I get my propensity to create from my dad,” she says. “He didn’t go into art full time, but he loved to draw and he loved to make things. I remember, as a little girl, playing with paper cutouts of figures he had drawn.”

Katie loved to draw too, and to make miniature books out of paper. For a while, she enjoyed making stained glass. Her parents even let her use a corner of their wraparound porch as a stained glass studio.

At age 12, she had her first experience with clay—clay that she dug up from the pond near her house. “I fashioned tiny dishes,” she remembers, “and sun-dried them and then painted them.”

Still, as much as she loved art, she says, “I never thought of becoming an artist when I grew up, probably because I didn’t really know anyone who made a living by selling their creations.”

When she started college at Bob Jones University, she chose early childhood education as her major—but soon realized that it wasn’t for her and switched to art education instead. And that’s when she took her first official ceramics class. Her mind—and sketchbook—overflowed with new ideas to try.

“I love everything about clay,” she says. “I love the tactile quality. I love that you can impress it, and then while the clay is soft you have the ability to wipe away those marks, bend the clay in a new way, and adjust as you go along.”

“I also enjoy finding vintage objects, and I’ll take those textures, press them into the clay, and build up patterns, giving old materials a new life in my pieces.”

After graduating in 2006, Katie decided to stay on at BJU for a master’s degree in studio art—and was at last able to focus on clay. “That was a great time for me, because it was hours and hours of freedom to experiment,” she says. “All of the ideas that had been brewing, I could bring them to fruition.”

At the encouragement of Jay Bopp, one of her art professors, she also began to explore the conceptual side of clay, rather than just the functional.

“Some of the pieces I did for my grad show incorporated memories and experiences—even of my dad’s passing,” she says. After battling cancer for two years, her dad had passed away in the middle of her junior year.

“Dad and I were close and enjoyed many of the same interests,” she says. “We had so much in common. When he died, my work didn’t really become an escape or therapy, but a wonderful way to continue doing something that my dad instilled in me.”

It was during her graduate school years that she began to have ideas of becoming a full-time artist. When she created pieces for class projects, her friends often asked if they could buy a piece or two. She realized that if nothing else, she at least wanted to have a home studio—and then she would see how a business developed from there.

After she graduated with her master’s degree, Katie and her husband Micah bought a house where she would have a place for a studio and a kiln. She named her new business Illyria Pottery—an ancient region of the Balkan Peninsula, referenced both in the Bible and in Shakespeare. “Basically, it’s a lovely word with some good layers,” Katie says.

“We started doing home exhibits, turning our house into a gallery several times a year. I was often surprised by how many people would come.”

Then she began putting her pieces into local galleries and shops. “I was always a little frustrated with that,” she admits. “I was able to finish the process and complete a piece, but I wasn’t able to control the environment in which people saw the piece. The broader experience that the viewer was going to have was suddenly not in my hands. So I started having a strong desire to have a place where I could design both the pieces and the surroundings.”

But just as Katie and Micah began looking at spaces in downtown Greenville, Micah was accepted into the doctor of philosophy program in English literature at the University of Oxford. “You know, not many are given the opportunity to do a doctor of philosophy there,” Katie says. “You don’t turn that down. So we said, ‘Let’s take this already functioning business and take the next step with it in this new place.’”

As they settled into their new life in Oxford, however, finding a place for a studio and shop was not so simple.

“The property here is so valued, there are not many retail spaces available,” Katie explains. “We looked a good bit online before we arrived, and once we moved, I walked every street in the center of Oxford looking for something.”

And when she found a space that would be perfect, the owner would not agree to rent it to her. “It’s going to go off the market to be renovated,” they told her, “so you can’t have it.”

“I would have gone elsewhere, but there was absolutely nothing else in the city,” she says. “So I kept knocking on that door, kept contacting them. I just put my foot in the door and wouldn’t let them close it until they said yes.”

Waiting … and then Creating

“It took us a whole year to get into the property,” Katie says. Meanwhile, she had nowhere to continue with her pottery. “I felt awful, just sitting there and not being able to make.”

Finally, she was able to move in. “That was a really intense period,” she remembers. “I had to wait until I was in, of course, to create the inventory. So not only was I designing a space and beginning a business and working out all of that, but I was also making all the pieces to fill the shelves.”

But when the grand opening day arrived, she was ready. Both friends and new faces filled the shop, chatting about her creation process and snapping up pieces that caught their eye. “We were off and running!” Katie says.

Managing the shop and keeping up with her pottery proved to be a challenge. “Early on, within the first year, I got to the point where I was at my own limit of energy and ability to do everything,” Katie says.

Searching for a solution, she discovered that Oxford’s Ruskin School of Art didn’t have their own ceramic studio. “The students are given clay,” she explains, “but they aren’t given any instruction and they don’t have a kiln or workspace for that type of medium.”

So Katie negotiated an exchange. ”We offer an internship now where the students help me run the shop, so I can be making during the day,” she says. “And then on Monday evenings, all of the students convene for a group session. Whatever they want to learn, I give them the supplies, the space and the instruction. It’s worked so well to offer something that’s mutually beneficial.”

“I think that my dad would be proud.”

“Often I look at the beautiful place that God has given me and all the pieces that I’ve filled it with, and I think that my dad would be proud,” she says. “I wish that I could show him around my shop and studio and tell him about the ideas that are still in my head and how much work it’s taken to get here.”

“I wish he were able to experience this stage of life with me, but, for some reason, God hasn’t given us this to share.”

As Katie runs Illyria Pottery, she continues to learn the balance between beauty and business.

“It’s rarely enough to just be a good artist,” she says. “So much of success or failure often comes down to basic business—can you promote your work, can you make it accessible, can you make it at a viable price point, and so on?”

“But it’s interesting that things that I am really excited about do sell well. And the things that I make because I think, ‘Oh, I should have more of such-and-such on the shelf’—those things are slower to go.”

As Katie works, her thoughts often turn to God’s own creation of beautiful things—“some things that humans haven’t even seen yet,” she says. “We don’t even know all of what’s at the bottom of the darkest ocean. And for all these years, He’s been the only one enjoying these things. That reminds me not to make things just for the consumer—but to make things that I really believe are wonderful.”

See more of Katie’s pottery at IllyriaPottery.co.uk or on Facebook. 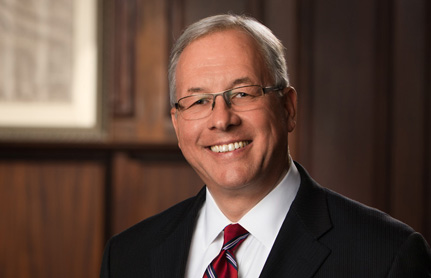 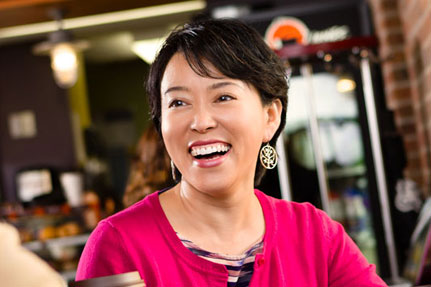 In Their Heart Language: Ying Leach 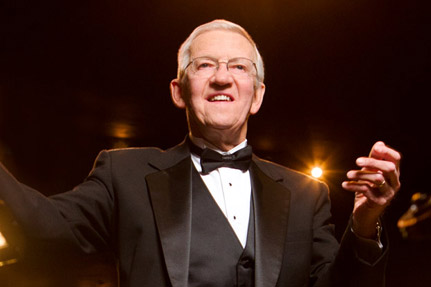