Jenna knocked nervously at the open office door to let her academic advisor, Marlene Reed, know she was there. With a ready smile that lit up her face, Marlene swiveled around in her office chair, then got up to wrap Jenna in a warm hug.

“She was so welcoming,” Jenna, now a senior, remembers. “It wasn’t just like, ‘meet your advisor, talk about classes.’ It was like, ‘personal friend!’ She got me so excited about studying special ed from that first meeting.”

And as her students can attest, Marlene’s care doesn’t stop with a warm welcome. Her heart for them, for individuals with special needs, and most of all, for God and His Word, shines in every class and in every relationship.

Allison, a 2014 graduate and current special education teacher at a public school in the Greenville area, remembers how difficult her first semester at BJU was—and how she might not have made it if it hadn’t been for Marlene.

“Within two weeks of the beginning of the semester, I had two deaths in the family. And I couldn’t go home. I kind of just gave up,” Allison says. “But Mrs. Reed and I went into survival mode and she was there to help me pick myself up.”

On the morning of April 7, 2009, Marlene sat in her office. Surrounded by shelves of special education books—and pictures of her daughter and granddaughter—Marlene discussed next semester’s schedule with one of her students.

Then her phone rang.

“As soon as I heard the person on the other end say something about my daughter,” Marlene says, “I knew she was dead.”

“I didn’t even hear the rest of it. My office-mate took the phone and proceeded with the rest of the call. All I could say was, ‘She’s dead. She’s dead.’”

Her 26-year-old daughter Cassandra—her only child—had been killed in a car accident.

The rest of the day passed in a blur. “I just did what I needed to do,” Marlene says. And as the week went on, she balanced planning for her daughter’s funeral with teaching her classes and observing student teachers and practicum students.

But throughout the week, she remembers, “My students ministered to me so wonderfully.” One afternoon as she was driving down Wade Hampton Boulevard, she noticed a group of her students outside Chick-fil-A. She waved. But with her mind full and her heart heavy, she didn’t give it a second thought.

The next Monday evening, she walked into her regular meeting with her practicum students. To her surprise, some additional students who weren’t in practicum that semester were there too.

“Those young people had had a car wash to help pay for my daughter’s service!” Marlene says. “They gave me an envelope full of money to go toward my daughter’s service. They had put the word out through the University, and people were driving by just to go to the car wash.”

“God used those students to wrap me in His love.”

Three years after her daughter’s death, Marlene’s father passed away. The year after that, her brother died at age 57.

And even in the depths of grief, just as she had urged Allison, Marlene did not allow herself to give up. She found meaning in her losses—as vehicles of transforming grace.

And that’s exactly what her students at BJU have seen—and still see—in Marlene.

“I think the biggest Mrs. Reedism is probably ‘Jesus as the Master Teacher,’” Jenna says. “She puts that into almost every project, that we’re not just coming up with this on our own but Jesus is our example.”

For Marlene, part of that example is knowing how to reach each student with special needs, having the tools to help each student fulfill their potential. Because Jesus was God, He always knew the best way to minister to people with unique needs. But for human teachers, knowing the best thing to do for each student takes preparation and hard work.

“Mrs. Reed has this vision of, ‘If you really want to help kids, you’re going to do stuff that may seem boring and dry,’” Jenna says. “Like lots of assessing and grading and behavior observations. And taking the time to figure out the research for the right methods.”

As a result, Jenna and her classmates are confident that they’re well prepared for whatever they’ll face in special education.

“The other special ed majors and I have actually said this to each other more than once,” Jenna says. “It’s not because we think we’re natural teachers. It’s because we’ve taken the hard classes and done the hard practicum projects and had the hard deadlines that didn’t make sense to us at the time.”

And the other part of following Christ’s example as the Master Teacher is seeing students with special needs as He would.

“One of Mrs. Reed’s big ideals is that all students are made in the image of God,” Jenna says.

Marlene explains that “for students with special needs, my purpose is to help them see that God has a purpose for their life. I want them to see that they have strengths. I tell them ‘I’m here to help you fill in the gaps, but it’s hard work!’ But it’s rewarding work.”

“And my responsibility is to give hope to all parents,” she says. “Sometimes parents just need someone to listen, so they can just share what’s on their heart. Someone who understands more about what it’s like to work with a special needs child.”

“I want to love both the parents and the students like God loves them. Students watch what you do and listen to what you say. They’re looking for genuineness and honesty. Even those with severe disabilities, they still know that you love them.”

Allison can testify to that in her own teaching. Just a few weeks ago, after a particularly severe behavioral incident with one of her students, her principal called her “the calmest teacher in the school.”

And Allison looked at him and said simply, “It’s all because of the Lord.”

Even more than the challenging academics and the love for students with special needs, the biggest thing that Marlene’s students remember is her prayers. More than anything, that’s how they know she loves them.

“This is making a generalized statement, because I don’t know people’s spiritual life on campus,” Allison says, “but I think Mrs. Reed is one of the biggest prayer warriors on campus.”

“She prays for everyone for everything, no matter how little or big it is. She will pray for everyone. She tells me to this day that she’s praying for me.”

Jenna agrees. “One of the first things I think when I think of Mrs. Reed is ‘prayer warrior.’”

“We would give prayer requests at the beginning of class,” she says. “A lot of teachers do that—it’s a great idea.”

“But then Mrs. Reed would keep asking us throughout the semester about those things. And we didn’t realize how much time she actually spent praying until she would offhandedly say, ‘Oh, you know, 6 o’clock in the morning is my prayer time for this class.’ Or she’d mention later, ‘8 o’clock at night is my prayer time for this person.’ So she has hours that she prays. She takes our prayer requests more seriously than we do!”

“Even if you don’t think you’re worthy of her prayers, it’s really encouraging,” Allison adds. “Her prayers were a huge part of helping me get through everything I was going through.”

Of course, as anyone who knows Marlene could guess, she doesn’t want the focus to be on her.

But it can’t be denied that God has used Marlene in a special way at BJU. As Jenna says, “It’s so hard to wrap your head around all the things Mrs. Reed has done. I can’t imagine college or special ed without her influence, because it’s been so broad and so deep.”

God’s used her willingness to praise Him even in tragedy, her desire to minister to others through her pain, her passion for showing students with special needs their place in God’s plan. 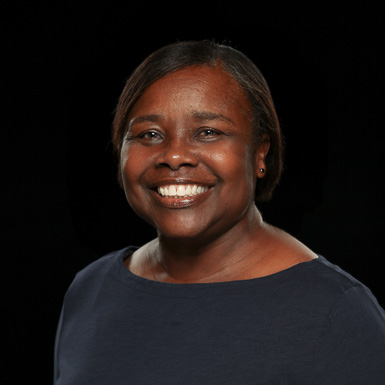 Most of all, He’s used her love—overflowing and abounding. A special kind of love.